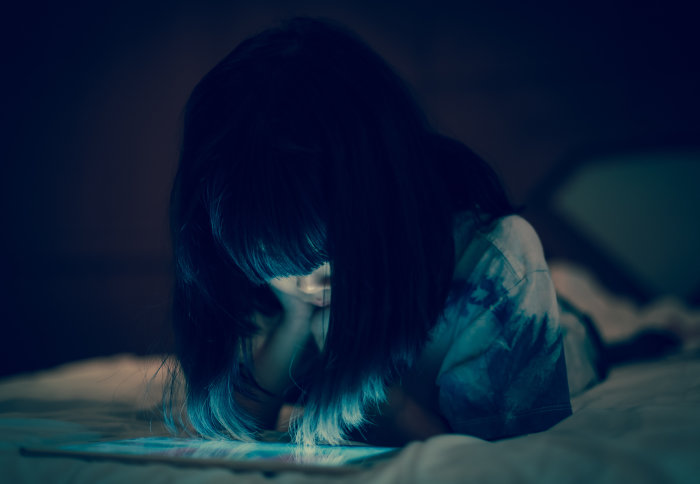 A tablet for my baby?

The relation of children with the online world is a sensitive issue as the impact of the “virtual reality” on children -whether seen as positive or negative- will project its effects over the near future.

The OfCom annual report reveals some findings that offer the opportunity to raise awareness on a specific critical point: the position of children between online and offline worlds.

According to the report, cited by BBC News on the 4th of February 2020:

Online or offline: where am I ?

Even more than the figures it is significant the comment by the OfCom strategy and research group director, Yih-Choung Teh:

“I’m conscious that for these children who have never known a world without the internet, in many respects their online and offline worlds are indistinguishable.”

The comment by Dr The raises serious concerns about vulnerabilities that might appear at a later stage of development in children who are not able in their early years to distinguish the online and offline worlds.

What kind of vulnerabilities?

Let me try to answer to this question by looking for a moment at the “other children”, at those children who have never known the world of “virtual reality”.

Those children have also lived in two worlds: the real world -shaped by the adults- and their own world of imagination.  Those two worlds however –real and imaginative world– are organic to the natural development of a child. On the contrary the polarity online vs offline is not organic to the child natural development and causes that state of confusion described by dr Teh.

When children grow in a protected environment, they create worlds with their fantasy:  let them imagine to be firemen or doctors or pirates or pets and they instantly are and behave as if they were those characters! Children instantly bring their imaginary reality into action in the real world! They do not need to think about, they just do it!

Playing is for children the channel to enter the real world from their own world of imagination! Playing is also a spontaneous strategy of learning, we can say a syncretic learning strategy where thinking and doing happen in the same time.

They learn to distinguish the two realms and develop one of the most relevant human abilities: the ability of discernment which makes to be able to judge, evaluate and make decisions in every circumstances.

Creativity is part of our human heritage and allows children to live in a dreaming condition that will develop from a spontaneous imaginary aptitude into conscious adult abilities.

Will children growing in that blurry state of confusion between online and offline world -0mentioned by dr Teh- develop the same conscious abilities?

Or would they show a lack of discernment, lack of confidence, lack of presencewhen they grow older?

The latter is in fact the risk.

The effect of the early exposure of a child to the online “reality“ makes him or her more likely to become a passive container of reveries rather than a producer of imagination. It seems reasonable to think that the outcome for children whose creativity has not been nurtured would likely be more similar to a pale sleepwalker rather than a lively dreamer.

In education the quality of a process is significant process, even if quality can’t be seen with the same evidence of measurable data such as the average number of hours spent online outlined in the OfCom report.

When children are not submitted to the external interference of the internet products, their fantasy, imagination, joy of life and love for other “players” (however conflictual that love would appear) will be displayed in all their polyhedric potentials! And they might develop into capabilities the human capabilities that a human being needs to face the challenges of the future:  finding creative solutions, care for the other “players”, being confident that challenges can be overtaken, knowing that “I can do it”!

Two years ago Sean Parker -in an interview at Axios reported in a post on the AEL blog (click here to read the post)- revealed that the founders of Facebook were fully aware that they were exploiting human vulnerabilities and, with regard to the impact of Facebook (and I suppose other social media) on children, he said:

Does anybody knows what the confusion of the offline and online worlds will be doing to our children?

Technology is the feature of the present and the challenge of the future. Children have to be introduced to the present and equipped for the future by parents and teachers who should continuously explore the question: what is good for the good development of a child?

Does if make sense to give a tablet to a child at the age of 3 or 4?

Is it beneficial for the child development to give a smartphone at the age of 9 or 10 when the imagination might reach its peak?

Protecting and developing the human heritage

We can’t expect that tablet or smartphone makers will write on their devices the same words that are on paracetamol and other medicines:

“keep this medicine out of the sight and reach of children”,don’t we…

Children are luckily curious about everything and want to know everything. However children in their early years do not really need to be exposed to the online world, but to the loving presence and pastoral care of adults who are committed to prepare a safe environment and a healthy protection around their child that may allow imagination and creativity to evolve in all realms of life while they grow up.

Protecting the childhood is (or should be) a social commitment for lawmakers, schools and families.

Lawmakers and schools are almost focused on big changes and large reforms -regularly proclaimed and rarely realised-, but for the parents it should be clear that the responsibility of keeping tablets and smartphones out of the sight and reach of children is totally in their hands.

I am quite confident and hope that machines will never deprive a child of human aptitudes, but they can surely atrophies those abilities like a plant can’t bloom and flower in unhealthy soil. Parents want to see the life of their children as a fairy tale, certainly not as an horror story and get to the point of the little child below.

A Tale of the Ancient Time

Once upon a time children didn’t have any internet and sometimes not even toys.

When they came home after school, their time was empty and boring…

they had nothing to do…

they had to invent games with their own imagination!

The child listening to the bedtime story would interrupt the mother and ask:

“Mum, I have to ask you something… what is actually imagination?… Is it a new sequel? Or a video game?”

“Let’s continue the story, darling… -mum would say- I can’t tell you know…. you will learn those kind of things when you grow older”.

In that ancient time -mum continued- children could create a game out of their own imagination!

For example, if they imagined to be a fireman or a doctor or pirates sailing on a their adventurous ship (probably in real life it was just a sofa…), those characters came magically to life in their world!

The listening child couldn’t wait any longer and interrupted again:

“Mum, how much did those children have to pay for such a magical online streaming? yeah, that stuff that you called… imagination?”

This time mummy looked hesitant… and the child simply forgot his question and asked another one:

“Mum, how old were those children when they had those magical powers?”

“And… did they lose their magics when they grew older?”

“No, my darling, their imagination grew with them and became even more powerful !”

“Wow… what does it mean that it became more powerful?”

“They became capable to judge things on their own and make their own decisions… they could choose to study what they wanted and discard what they didn’t… When there was a problem, they could find a creative solution…”

“Mum, mum… -the child interrupted again- did they ask for advice to Alexa when they had to solve a problem or make a decision? Or to Cortana? Siri? Google?…”

“Not really, my darling, you know, in those old times people made a decision on their own and the world was a bit chaotic, you know… Be sure, darling, when you grow older and need to make a choice, you won’t be alone: your virtual assistant will tell you what is the best option for you, so be confident and no worries… Now sleep well, my darling”

“Yes mum, I feel out of battery and have to switch off… good night, mum! Goodnight, Tablet!”

Never Stop to Dream Your Future!