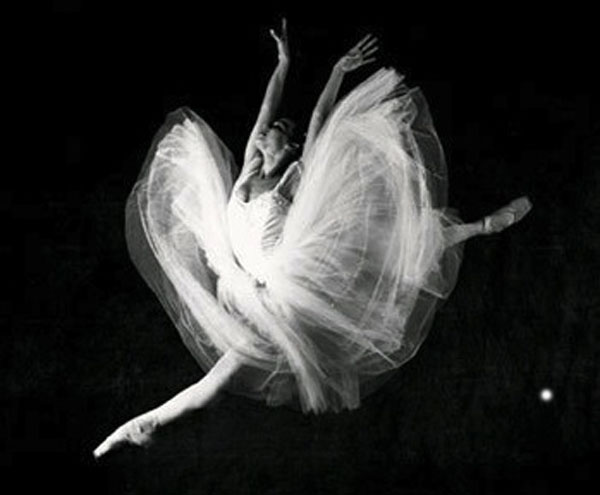 This fantastic conclusion comes at the end of the book titled: “Language and Creativity: the Art of Common Talk” written by Ron Carter -professor at Nottingham University- and published by Routeledge (second edition, 2016).

“Creativity is a special capacity of all people” 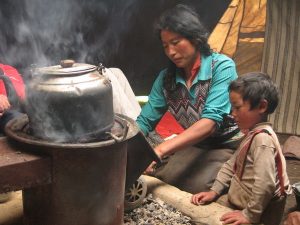 We all feel this fact: creativity does not belong to great artists only, like Shakespeare, Yeats, Leonardo da Vinci, William Turner etc. It belongs to all of us.

The great artists express their creativity at the highest level,  they revealed Creativity with capital “C”.

We, ordinary people, can bring to light our creativity -at the small “c” level-  while carrying out our their daily routine or in our job.

It is our creative thinking that may solve problems otherwise  causing conflictual development. Just common creativity may inspire cooking a meal or mending a jumper or even it may appear while  saying hello or goodbye to one another.

Children are the highest of the artists: they practise their creativity every day when playing their games, inventing a story, building  ‘spaceship’ in the living room…

The second amazing point of Ron Carter’s conclusion we show our creativity when  creativity  appears when we speak, when we become language makers!

When speaking, we truly create something with every word. Our words may dance in the air like little ballerinas and magically deliver messages, concepts, emotions to others and share with them our ideas or projects or feeling! Is this daily activity not a magic!

Well, you might argue that the creativity of little children playing or the creativity of mothers or cooks is not comparable with the one of the geniuses. I may partly agree, but just a bit. What is relevant in this context is not the level of creativity revealed in each individual, but the fact that creativity is a capacity of every human being and can open up  the potentials of human beings especially in time of education .

It is quite significant that creativity has been investigated as never before in the last fifty years and is still under attention of scientists and researchers who want to explore creativity as well the relation between creativity and learning other languages or bilingualism. 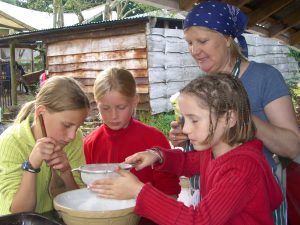 I would like to mention here a research carried out at Ferdowsi University Mashhad (Iran) in 2012. The research aimed to investigate the performances of young people learning English as foreign language compared to monolinguals. To achieve this target the Author chose to test the participants on mental functions related to divergent thinking that is a component of creativity.

All the participants were selected amid the same gender, social and cultural status and same IQ level to avoid interferences from other factors and focus only on the effects of language learning on those functions of divergent thinking.

It was discovered that learning English has two consequences: the first effect is that bilinguals outperform monolinguals in all precincts. The reason of this is that bilinguals have the possibility of using two language systems, thus they must maintain a constant vigilance in order to prevent one language to interfere with the other. They are therefore stronger in managing multiple tasks, in flexibility on switching attention between different tasks, in avoiding distractions and holding concentration on their newly acquired information. 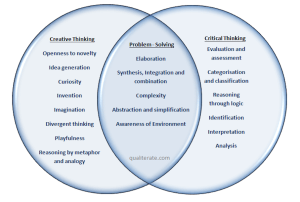 A second effect was found during the test: learners of English as second language are necessarily exposed to “cultures, customs and beliefs distinctive from their own“, hence leading them to see the world from new perspectives. This condition enables bilinguals to find out more answers in problem solving and a better understanding of people expressing different points of view.

In addition to the cognitive development of divergent thinking revealed by the research in learners of English as foreign language, students come to the UK to improve their English have further stimulus to their creativity: they have to face a non-routinary, unknown environment that stimulates creative abilities through practising flexibility, solving problems linked to the adaptation, getting familiar with different mentality, traditions and conceptual forms. 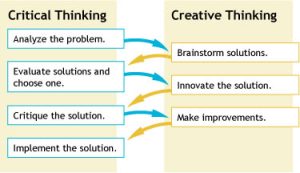 When I started the AEL project, I wasn’t aware of such a relation between language learning and creativity.  There only was a naif feeling that creativity is an innate talent of human beings that permeates every human activity, including learning.

In his talk “Changing education paradigms” (see video), the British educationalist Sir Ken Robinson shows simply and clearly how our education system is based on old principles, drilling conformity into the learners, an education system that has been tailored on the requirements of the Industrial Revolution which needed people developing a dummy level of convergent thinking rather than creative.

Sir Ken Robinson -also chair of the UK Government’s report on creativity, education and economy- mentions a research that showed that young people lost their ability to think in “divergent or non-linear ways”, a key component of creativity, because of the principles on which the school system is based.

Ken’s conclusion is therefore that “We have to think of the fundamental principles on which we are educating our children”.

Keeping alive the non-linear side of thinking 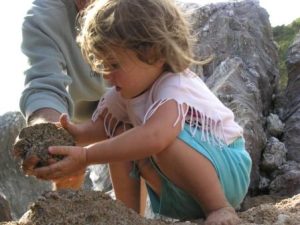 How do we do that? Changing legislation? Reforming curricula and exams?

Well, it is good to update school programmes and even find an approach to “testing”: however, it wouldn’t affect the core of the current “paradigms”.

My understanding is that a real change will happen when the whole education will consider the needs of children during all stages of development, not only measuring their cognitive performances.

Cognitive skills are part of education: they shouldn’t be though the only aspect that schools and families are focused on.

May I finish these notes on the relation between creativity and language learning with an image representing the topic of this article: the image of creativity as a ballerina who reveals forms and movements in the air on the flow of the music!

Should teaching English be the music, then the music will move the students creativity, will move their hearts and minds  into a fresh, flexible, beautiful dance.

We have to shape our teaching as a special kind of art, not just a jug to pour information into the pupil-container. An art that encourage children to developing their confidence, their enthusiasm for learning, their courage to face any challenge in life.